Last night, I attended the Sunshine Coast vigil for the victims of the Pulse nightclub massacre in Orlando, Florida.
I was particularly moved by a speech by a young woman called Charlie Maycraft.
Charlie has kindly given me permission to share her speech with you.
Chrys Stevenson
Vigil Speech for Orlando
Cotton Tree Park, Maroochydore
Tuesday, 14 June 2016
by Charlie Maycraft

This park is where my girlfriend and I had our first date. I never thought almost a year later I would be mourning people who just like us, wanted to be themselves in a public place.

This shooting was an attack on our human rights. There are people in this world who not only condemn us, they literally want us dead. I’ve seen news anchors and journalists all over the world trying to co opt this event as a non specific and random act of violence, rather than a blatantly homophobic and transphobic hate crime.

The victims of this crime were mostly my own age. Two of the men who were killed were planning their wedding to each other. But their existence was cut short because one man decided he didn’t like the idea of two men kissing.

This event is a kick up the arse to every government that says gay rights aren’t on the agenda. You have blood on your hands. To deny us our marriage and child bearing rights, for it to be legal to kill us if you claim you were “panicked” over our sexuality, for us to be seen as second class citizens, all of these things influence a murderer. It tells them that it’s okay if we’re killed, since we’re not really humans in the first place.

Today, we remember the people who just wanted to live in peace, as we continue to fight for our struggle.” 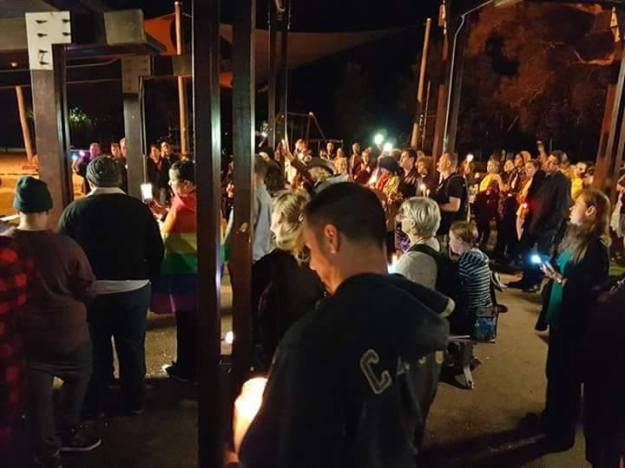