An article in today’s Daily Telegraph* by ‘technology writer’, Stephen Fenech, uncritically announces the release of:

*[update 5/11/10: page since removed by the Daily Telegraph – screenshot here]

“The Qlink Mini, priced at $48, is programmed with naturally occurring frequencies which resonate with our body’s energy system just like a piano string would resonate with a tuning fork.

This then shields us from exposure to outside stresses and electromagnetic fields (EMFs) which can cause sickness and disease.”

In an article that is little more than a (paid?) advertorial, Fenech doesn’t once stop to question the claims being made by the manufacturer.  In fact, it seems, he hasn’t even bothered to do the most basic research to see if any of the claims can be validated.  But have no fear, the skeptics network in Australia is alive and well and we’ve been doing a little research of our own today.

Over on the “A Drunken Madman” blog, my friend, Jason ‘smells a rat’.   Is it possible this is a paid promotion?  A little digging reveals that a paid* testimonial for the product has been provided by footballer, Mario Fenech:

Interesting, isn’t it that the ‘technology reporter’ who appears to have conveniently overlooked all of the evidence against this scam … ahem … product is Stephen Fenech – who just coincidentally happened to co-write Mario’s autobiography Personal Best. It doesn’t take too much research to see Stephen Fenech admitting that he’s Mario’s younger brother.

Of course, this wouldn’t be a problem if the product was legitimate or if Stephen had at least questioned the claims made by the Q-link, but it isn’t and he didn’t and that makes this it look awfully like money may have changed hands in return for publicity.  Again, that’s fine – as long as it’s disclosed as an advertorial – which it isn’t.

So let’s look what else can be found on the blogosphere about this product.  Pseudo-science debunker, Ben Goldacre (someone who has an actual medical degree), has had a close look at a similar product (a pendant) made by the same company.  In fact, he and a few of his electronics expert friends pulled it apart.  Here’s what Ben has to say:

“Last summer I obtained one of these devices [and together with some] electronics geeks examined the QLink. We chucked probes at it, and tried to detect any “frequencies” emitted, with no joy. And then we did what any proper dork does when presented with an interesting device: we broke it open. Drilling down, the first thing we came to was the circuit board. This, we noted with some amusement, was not in any sense connected to the copper coil, and therefore is not powered by it.

The eight copper pads do have some intriguing looking circuit board tracks coming out of them, but they too, on close inspection, are connected to absolutely nothing. A gracious term to describe their purpose might be “decorative”. I’m also not clear if I can call something a “circuit board” when there is no “circuit”.

Finally, there is a modern surface mount electronic component soldered to the centre of the device. It looks impressive, but whatever it is, it is connected to absolutely nothing. Close examination with a magnifying glass, and experiments with a multimeter and oscilloscope, revealed that this component on the “circuit board” is a zero-ohm resistor … You could easily pay as much as 1/2d  for such a resistor. … They are very cheap indeed.

And that’s it. No microchip. A coil connected to nothing. And a zero-ohm resistor, which costs half a penny, and is connected to nothing. I contacted qlinkworld.co.uk  to discuss my findings. They kindly contacted the inventor, who informed me they have always been clear the QLink does not use electronics components “in a conventional electronic way”. And apparently the energy pattern reprogramming work is done by some finely powdered crystal embedded in the resin. Oh, hang on, I get it: it’s a new age crystal pendant.”

That’s all well and good, but look at the promotional video for the product and you’d swear it has scientific backing.  Here’s an advertisement for the same product, this one sold as a pendant:

Endorsed by Stanford University and the University of California?  Hmmm, sorta, kinda.  It seems there’s some kind of connection between a very elderly Emeritus Professor William Tiller from Stanford and Qlink, but Tiller appears to be something of a nutter.  Even as far back as 1979, Tiller’s grasp on the concept of scientific evidence was questioned when he said that, although the evidence for psychic events was very shaky and originates with persons of doubtful credibility, it should be taken seriously because there is so much of it.  That little gem earned Tiller James Randi’s Pigasus award for 1979. Tiller was also taken in by the self-confessed fake, Uri Geller.

How about Burton Goldberg, the PhD who appears in the video?  Seems Burton’s PhD came in the form of an honorary (paid?) doctorate from the unaccredited and now defunct Capital University of Integrative Medicine.  Not to put to fine a point on it – a degree mill.

The live blood analysis shown in the video is, according to the US Department of Health and Human Services, an “unestablished diagnostic test”: its methods are not generally accepted in laboratory practice.  There is no scientific evidence for the validity of live blood analysis and it has been described as a pseudoscientific, bogus and fraudulent medical test (Brigden, Western Journal of Medicine, 1995; Adrian Morris, MBChB, DCH, MFGP, Dip Allergy (SA), Edzard Ernst, 2005)

To be fair, there is a scientific paper on the Qlink technology but it was clearly a ‘pilot’ study which ‘suggested’ some findings rather than proving them and it was published in the Journal of Complementary and Alternative Medicine from Mary Ann Liebert Publishers, a publisher you’ll find listed on the Quackwatch guide under “Publishers that Promote Quackery. (And oh!  A Drunken Madman has done a little fossicking and found that the study was funded by Clarus Products International – the company which makes Qlink.)

In the same journal, Beverly Rubik,  PhD also provides us with a paper on the technology mentioned in the promo – Sympathetic Resonance Technology.  Sadly, Rubik’s credentials as a credible academic are severely compromised. Rubik accepts homeopathy as an alternative to mainstream medicine (despite the fact it has been proven, repeatedly, over many decades, to have no efficacy whatsoever).  Rubik is also a believer in psychic powers (similarly disproved) and has spoken uncritically of her experience with Russia’s “magnetic women” who suspend metal objects on their foreheads and chests – a carnival trick which apparently anyone can do with smooth skin, a little moisture and the benefit of suction.

An article by Eric de Silva*, a real scientist (educated at Cambridge University) and published in a real scientific journal, Astronomy and Geophysics,  says of the Qlink products:

“The manufacturer’s literature is laced with references to “non-Hertzian”, “non-physical”,
“higher state of physical order” not to mention “SympatheticResonanceTechnology”–
enough to make any physicist angry. It made my blood boil …”

A Sense About Science paper warns:

“There is a worldwide industry trading on people‟s fears of electromagnetic fields (EMFs), by selling products offering protection from “bad‟ radiation. Such products claim to work, for example, by resonating with your “biofield‟, creating a shield against radiation or dissipating radiation. “

They asked de Silva, to provide his opinion on the Qlink products which they believe have scammed … ahem …. elicited over $10 million from gullible consumers.  In response to the Qlink manufacturer’s claims, de Silva writes:

“The device has no power source and comprises of components that connect to nothing else. It also claims to act with something that has no physical basis (the “biofield”) and to tap into multiple dimensions, using a technology (Sympathetic Resonance Technology) which is virtually unheard of and for which there is absolutely no serious evidence.”

Now, I’m no scientist and the only access I have to research up here on my mountain is my PC and Google – far less than the resources and knowledge that should be available to a ‘technology reporter’ of some 20 years experience.  In one short afternoon of research I’ve been able to show that the credibility of the ‘scientists’ supporting the Qlink product is severely compromised, that the claims made for it have been roundly debunked by credible scientists and that the test which supposedly proves its efficacy is not scientifically sound.

We totally underestimated Mario’s popularity beyond Rugby League. Since Mario has been promoting our range of QLINK products we have seen a measurable increase in sales across all demographics.

* De Silva has a BSc in Physics at Queen Mary.  After a masters project in experimental astronomy and studies in planetary geology he completed a doctorate in extragalactic astrophysics at the University of Cambridge (PhD,Darwin College).

During the week, Channel 9’s technical reporter, Charlie Brown also pimped the Qlink device – perhaps with a little more caution than Stephen Fenech but still with far less research and skepticism than the device deserves.

I am hoping that Brown (Twitter @charlietech) might ‘see the light’ and try to distance himself from the Fenech scandal by doing another story on Qlink – this one providing the real story provided in the links below.

Schilling for Quackery? The Telegraph? Say it Ain’t So! by A Drunken Madman

And the Wankley Goes To … the Daily Tele’s Mobile Radiation Shield Story by Stephen Downes, Crikey.com

Self-Adhesive Super-Science! by How to Spot a Psychopath

Q-Link If You Want – Skeptico Blogs 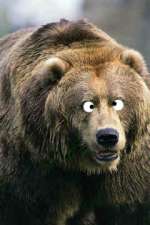 Gladly’s ‘biofield’ gets all out of kilter when he hears about pseudo-scientific scam products.  He recommends you read the following excellent books from his favourite bookstore, Embiggen Books.

Did Adam and Eve Have Navels? by Martin Gardner