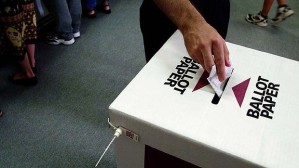 I vowed some time ago that I would not vote for a party which opposes same-sex marriage or, for a party led by someone who doesn’t embrace marriage equality. It’s not that I’m a ‘single issue’ voter – far from it. But, to me, a belief in the fundamental equality of all citizens is a foundation principle of democracy. I simply can’t trust a party or politician whose policy decisions do not flow from this simple, but crucially important, understanding of human rights.

Kevin Rudd’s last minute ‘revelation’ in favour of equal marriage, prior to his recent return to the Prime Ministership, had me breathing a sigh of relief. The Greens in my electorate, Fairfax, have self-destructed by ousting a good candidate (my dear friend) Dr Jim McDonald. I don’t know the newly recruited candidate but I know the shenanigans that have gone on behind the scenes and I won’t endorse the local Greens with my vote (although I will vote Greens in the Senate).

For obvious reasons (I’m looking at you, Tony Abbott) – equal marriage among them – the LNP candidate won’t get my vote no matter how many smiley people stand outside our local library, manically waving blue signs at passing motorists.

The other option is Clive Palmer of the Palmer United Party. Now, Clive is an interesting candidate who I expected to despise. But, having seen him in a couple of extended interviews, I have to say I’m seriously impressed at his stance on social justice issues and his plain speaking common-sense. On the other hand, while he hasn’t declared his party’s stance on these matters, I don’t expect Palmer, a conservative Catholic, to support reproductive choice and LGBTI rights – so, if I’m to keep my promise to myself, I probably won’t be scrawling a blunt-pencilled “1” against Palmer’s name on election day, either.

It seems my only real option is to vote Labor. But, standing on principle, that wasn’t possible while Joe de Bruyn … er, I mean Julia Gillard … headed the party.

Rudd’s succession to the Prime Minister’s role was enough to convince me that my vote in Fairfax should go to the ALP candidate, Elaine Hughes. Hughes comes highly recommended by my friend, Ray Marx, president of the ALP’s Labor Unity faction. It’s a recommendation that I rate highly given my respect for Ray and his views on the issues I care most about. It seems Labor was the salve for my election day woes, after all. 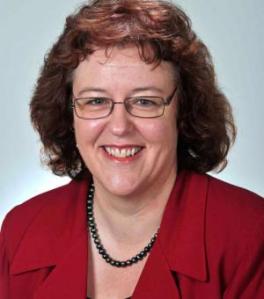 But, this week, a rather nasty fly flew into my polling-day ointment. For some insanely ridiculous reason which defies all human understanding (unless one factors in another fucking stupid back-room deal with ALP destroyer Joe de Bruyn and his bat-shit crazy Shop Distributive and Allied Employees Association [Union]), Rudd appointed conservative Catholic, anti-abortion, anti-marriage equality, anti-LGBTI equality, anti-stem-cell research Jacinta Collins as Minister for Mental Health and Ageing.

Look! I’m not saying that practising Catholics should be barred from public office (although it’s a tantalising thought to toy with). There’s no reason why Ms Collins couldn’t have been appointed to a ministry where she could do the least harm – Agriculture, Industrial Affairs, or Silly Walks, for instance. But no! Rudd appointed Ms Collins to the position where she could do the most harm and piss off the very people he was, presumably, trying to win back to Labor – left-wing voters, the LGBTI community and their supporters and women.

It was, quite simply, incomprehensibly dumb.

I’m having to review my decision to vote Labor in the forthcoming election and I’ll bet I’m not the only one.

Bernard Keane was the first to raise alarm bells with an article on Crikey: Anti-abortion, anti-gay marriage … and the new mental health minister (paywalled, unfortunately). Keane (revealing why the appointment of this eminently unsuitable candidate to the Mental Health portfolio is still stupid but not incomprehensible after all) says:

“Collins is from the Shop, Distributive and Allied Employees’ Association and holds the social views one expects of a Shoppie: she is stridently anti-abortion and a diehard opponent of same-s-x marriage; ‘stable, biological parenting’ should be fostered ‘as a social norm’ she said in reference to the same-s-x marriage bill last year. Less than a fortnight ago, Collins helped vote down a bill recognising overseas same-s-x marriages. During her time out of the Senate, Collins was a director of the anti-choice Caroline Chisholm Society, which is currently run by former Shoppie and Collins adviser Helen Cooney. Collins was at the society when it was controversially funded by then-health minister Tony Abbott to establish a pregnancy counselling service. Collins was a winner last year of an award for ‘Christian Values’ from the ‘Christian Values Institute’.”

This might be incidental if Collins had been appointed to another portfolio says Keane, but Mental Health brings Collins’ religious views into sharp relief.

There are many in the anti-abortion lobby, Keane reminds us, who “claim without any evidence that abortion causes mental health problems for women, including, ‘post-abortion syndrome‘, a condition invented by anti-abortionists.”

Also, given her dismissive views (at best) on LGBTI issues, how will Ms Collins engage with and support the many excellent pro-LGBTI initiatives introduced by her predecessor, Mark Butler?

Doug Pollard was quick to spread the bad news amongst the LGBTI community and supporters through his blog, The Stirrer. In his post, Rudd’s New Cabinet – Thank God It’s Only Till the Election, Pollard points out that Ms Collins is “not fond of what she calls ‘the self-appointed enlightened university educated inner city professionals’ in the party.”

Could that be the people who call for policy decisions to be based on evidence rather than religious propaganda? That ghastly intelligentsia which actually reads and responds honestly to academic and medical research rather than ignoring or distorting it to mesh with their own pre-conceived religious prejudices? God forbid!

And, while Ms Collins tut-tuts about we elitist intellectuals it seems she has a few high-falutin’ ideas of her own. In 2009, Gerald McManus at the Herald Sun reported on Ms Collins throwing a tantrum when the temporarily over-stretched Commcar service couldn’t supply a limousine to collect her at Melbourne Airport. It was, apparently, unthinkable that Ms Collins should deign to join the hoi polloi in the taxi queue! Instead, she was put to the shocking inconvenience of having to find another politician who would share their limo and moved to raise the distressing incident in Parliament. Oh! The hardships our politicians suffer to serve us!

Today, the Herald Sun has, again, stepped into the Jacinta Collins fray, with Susie O’Brien writing: Senator Jacinta Collins must tell us where she stands on abortion and gay marriage.

Well, unless Ms Collins has had a ‘road to Damascus ‘revelation à le Rudd, I expect she stands where she has always stood – in total solidarity with the Vatican.

These kinds of views are, as O’Brien points out, “dangerous and antithetical to a just and fair society. And they are totally at odds with the mental health portfolio.”

As an interesting adjunct to this story, as I was writing it, I got a Facebook message from a friend, Annie Chant (a pseudonym) – a former Catholic*, now an atheist. Annie told me she had recently received an invitation and booked to attend a screening of the documentary, “It’s a Girl!” (ostensibly a ‘balanced’ report on how, “in India, China and many other parts of the world today, girls are killed, aborted and abandoned simply because they are girls”.)

It’s a subject that any woman (or man) would be concerned about. If one is ‘pro-choice’ one is obviously going to be opposed to forced abortions! If one is a feminist, one obviously doesn’t want to see fetuses aborted for no reason other than for being female (or male for that matter!).

Annie, however, was astounded to be contacted by phone and ‘uninvited’ to the event this morning by an angry organiser who had checked her Facebook page and found a post questioning the wisdom of Jacinta Collins’ appointment to the Mental Health Ministry. The woman became so ‘vile’ and ‘shouty’ says Annie that she had to hang up on her.

Now, this was clearly not at Ms Collins instigation nor within her control. But I think it speaks to the rabidity of the kinds of views Ms Collins espouses that her supporters would not even countenance allowing a pro-choice atheist to attend a screening which is presumably not about abortion per se but about the wider, humanitarian issue of how women and girls are so poorly valued in too many countries. (Curiously, I discovered, the film is almost certainly, secretly funded by a pro-life ministry).

Like the anti-euthanasia movement, the anti-abortion movement is a labyrinth of grubby propaganda, outright lies, Trojan Horse and astro-turf organisations, and a slew of pseudo-academic and political backers who swear blind that their views are not influenced one iota by their poorly-concealed links to various forms of fundamentalist religion – most often, Catholicism.

These people, of course, have every right to their views. They have every right to ignore the academic and medical literature which shows that abortion is an overwhelmingly safe procedure and does not, under normal circumstances, negatively impact the mental or physical well-being of women. (See, for example, the attached 2011 meta-analysis on “Induced Abortion and Mental Health” from the UK’s National Collaborating Centre for Mental Health.)

Pro-lifers have every right to hold a religious view on abortion and to choose not to have an abortion themselves. I will even concede they have a right to try to persuade others to their view (although not to physically and/or verbally intimidate women as they enter abortion clinics).

What I, and an increasing number of other concerned commentators, am questioning, is the wisdom of appointing someone with these views as Minister for Mental Health!

If Rudd is to lead the Labor government to victory he will need every vote he can muster. This ham-fisted attempt to get in good with the Shoppies and the ALP’s faceless fundies is very likely to lose my vote. How about yours?

* The original edition of this post referred to ‘Annie Chant’ as a former Pentecostal youth leader. I had the histories of two friends confused and have corrected it to ‘former Catholic’. Apologies to ‘Annie Chant’ and thanks to her for drawing the inaccuracy to my attention.

“Collins’ views ‘at odds with portfolio'” – Patricia Karvelas, The Australian

21 thoughts on “Just when you thought it was safe to vote Labor, again …”