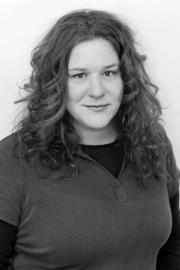 It’s a rare woman who hasn’t, at least once in her life, fallen for the wrong man. So, late last year, when my friend Tanya Levin PM’d me in a panic over the book she was working on, I was happy to reassure her.

“No, Tan, really – people won’t hate you. People won’t think you’re a freak. OK, we haven’t all fallen in love with an armed robber, but there’s a bad ‘un lurking in pretty much every woman’s past. I think an awful lot of women are going to relate to this.”

And now, having mustered the courage to put her life on the line for public consumption once again, Tanya’s second book, Crimwife: An Insider’s Account of Love Behind Bars, goes on sale next week. If the Kindle store had doors, I’d been battering them down to be the first to read it.

I first heard of Tanya Levin during the media circus that surrounded the publication of her best-selling book, People in Glass Houses: An Insider’s Life In and Out of Hillsong. (Yes, if you haven’t heard of Tanya – what? where have you been living??? – she is an escapee from Brian and Bobbie Houston’s happy clapping, card-swiping, money grabbing goldmine – Hillsong Church).

A month or so after seeing Tanya talk about the book on television, I happened to be in an ABC bookshop. When my eye fell on People in Glass Houses, I thought, “That’s a book I want to read!” and promptly plucked it from the shelf and plonked it down on the counter.

The book was extraordinary. Tanya’s writing is clear, funny, self-deprecating, insightful, intelligent and engaging. Even now, I still find myself picking my copy of People in Glass Houses off the bookshelf, just to randomly flick through a chapter. It’s that good.

A couple of years after People in Glass Houses came out, an internet friend mentioned in passing that he knew Tanya and could put us in touch with each other. I was mightily impressed but I wasn’t going to hassle her like some fan girl, so I politely demurred.

But, when Warren Bonnett (Embiggen Books) and I started putting together The Australian Book of Atheism in 2009, Tanya’s name immediately sprang to mind. I knew she was out of Hillsong but I wasn’t quite sure if she had blossomed into a fully blown heathen. Still, I thought, she’d be worth approaching and what a great coup if she’d agree to write for us. It turns out she was (a heathen) and she did (write for us) and, in one of those surreal events which hit you every so often, having grown to know and love me during conversations about the book, Tanya asked if I’d do the edits on her chapter.

Tanya’s chapter for The Australian Book of Atheism is one of my favourites. It’s called “Far Above Rubies” and tells the story of how little girls in fundamentalist Christian churches are taught how to be ‘Proverbs 31 women’. It’s a concept my friend, Jane Douglas (another escapee from fundamentalism) wrote about recently on her blog, Putting Her Oar In.

In “Far Above Rubies” Tanya writes:

“Feminism for me was a natural progression, because at Hillsong women must love being treated like doormats. All in the name of a good marriage of course, for this is the essence of femaleness.”

And yet, somehow, despite having put all this behind her, Tanya walked into a situation which, at times, must have seemed like Hillsong on steroids; she became a ‘crimwife’. Now, the subject of her adoration (and subjection) was not Jesus, but a criminal with post traumatic stress disorder who, out of prison and living in Tanya’s house, began popping Xanax ‘like Tic Tacs’.

I finally met Tanya in person at the Global Atheist Convention in 2010 where she gave one of the best speeches of the convention. If only they had allowed her more time!

Since then, we’ve kept in touch and I’ve shared some of the growing pains associated with the birth of Crimwife. I take no credit for any of it, of course! My advice has been restricted to late night, impromptu motivation sessions along the lines of: “Keep going, you can do it”, “No Tanya, people won’t hate you”, “Shut up and keep writing” and “Finish the damn thing or you’ll have to give back the advance.”

And now, here it is! Well, nearly. Just a couple more sleeps to go until you can buy it in the bookshops. And I’m so proud of her.

Today, the Sydney Morning Herald published a wonderful pre-release story about Tanya by Greg Bearup. I like it. It shows what I hope readers of Crimwife will keep in mind; that Tanya is a real person. She is just like you and me. She is smart, funny, talented and, yes, flawed. Like all of us Tanya makes mistakes – and sometimes they’re doozies (really Tanya – a bloody armed robber????). But unlike most of us, Tanya has the courage and generosity to share her flaws and fuck-ups with the world in the hope it might help someone else. You really have to admire that.

So please, rush out (or rush to your computer) and buy Crimwife when it’s released next week because it will be compelling, funny, startling, emotional and brutally honest. I know this because its author, Tanya Levin, is my friend and she is all of those things and Crimwife is her story.

Now on sale at all good book stores.

1 thought on “Crimwife by Tanya Levin”