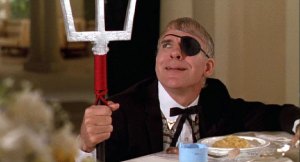 When I debunked the Doctors for the Family Senate submission on same-sex marriage yesterday, a large section was removed in the final edit.  I knew I’d regret it.

That section began, “No doubt, Jim Wallace of the Australian Christian Lobby will now come out to defend this tripe by citing Lerner and Nagai – as the ACL did so shamelessly in their own Senate submission.  So, let’s deal with that here …”

Today I’m in Brisbane helping an elderly aunt and not at my own desk. But, I’ve just received an email alert with a link to a Media Release from the ACL and I have had to drop everything and commandeer a computer – such is the bullshit contained within it.

It reads, in part:

“Mr Wallace said so-called research used yesterday to build the case against Professor George and his colleagues’ pro man-woman marriage submission to the Senate was badly flawed in what was the usual public circus used to confuse and deny fact in this debate … Quantitative analysis experts Lerner and Nagai reviewed 49 studies supporting same-sex parenting, many of which were used by Dr Riggs, and found that all 49 contained serious methodological flaws.”

First Wallace defends a submission that was so full of academic FAIL  it wouldn’t have merited a pass for a second year undergraduate.

And now, he tries to pass off Lerner and Nagai as credible academics? Puh-leeze!

Robert Lerner and Althea Nagai are well known in America as conservative ‘guns for hire’. They have no credibility whatsoever in the mainstream academic community.  Just like David Barton rewrites history for conservative tastes, Lerner and Nagai have found a nice littler earner in spinning statistics to prop up the rantings of the religious right.

When George Bush Jr. was busy stacking government advisory bodies with fundamentalists, who did he turn to to head the National Center for Education Statistics? Robert Lerner.

In 1995 Lerner wrote a book which criticized the ‘over emphasis’ on race, ethnicity and gender in the American history curriculum. He was particularly put out that, in an apparent sop to feminists, the curriculum highlighted the achievements of so many women when (obviously) the achievements of males had been far more significant.

In 1997 Lerner and Nagai were commissioned to write another right-wing conservative book.  Subsequently, American Elites was reviewed as follows in the prestigious American Journal of Sociology, September 1997:

“The samples can only be described as conceptually dubious and methodologically unsound … The methodology could not pass a first-year research methods course. No standard set of procedures were used in drawing the 12 elite samples. Something approaching stratified random sampling was used to draw several of the elite samples, but the business sample was drawn exclusively from seven corporations. Top-ranking bureaucrats were purposely sampled to draw equal numbers from “activist” and “traditional” agencies. The sample of religious leaders was collected using snowball methods, which somehow failed to qualify any Jews or Muslims as religious leaders.”

After the OJ Simpson trial, Lerner did a ‘study’ that purported to show that juries treated rape by African-Americans much more lightly than rape by caucasians. As someone who likes to criticize the methodological weaknesses of others’ research, it’s incredible that Lerner’s questionable conclusion was based on a mere five jury trials. Lerner’s paper, which was never published in a peer-reviewed journal, was nevertheless widely derided and criticized by mainstream reviewers as ‘junk science’. Ironic, isn’t it, that Lerner and Nagai have criticized studies of same-sex parenting of having ‘unrepresentative’ samples?

In 2001 Lerner and Nagai were commissioned by (anti-gay marriage) The Marriage Law Project to write a book. The result was  No Basis: What the Studies Don’t Tell Us About Same-Sex Parenting. In the book, as Wallace has pointed out,Lerner and Nagi argue  that not one conclusion from any of the dozens of studies on same-sex parenting are reliable. Not one.

Research into same-sex parenting has been undertaken for at least two decades. The peer-reviewed journals in which academic papers are published require exceptionally high standards.  Methodology is one area which is closely examined before papers are published. This doesn’t mean, of course, there may not be methodological weaknesses in some studies – but it is highly unlikely – in fact, I would suggest, impossible – that this warrants dismissing all of them out of hand!

And, as the ACL point out in their own submission, it is not that this research has lacked scrutiny.

Steven Nock, from the University of Virginia, for instance, was highly critical of the literature on same-sex parenting, saying that it did not yet constitute a solid body of evidence. But, that was 10 years ago. Also, without being critical of Professor Nock, it is also worth noting that this statement was made within the context of a court case.

“. . . If the Court were to accept Professor Nock’s primary criticisms of these studies, it would have to dismiss virtually the entire Discipline of psychology.”

It would take more than Nock and Lerner and Nagai to discredit the whole existing body of academic literature on same-sex parenting.

Significantly, William Meezan and Jonathan Rauch, two gay academics, have also questioned whether there are flaws in the methodology relating to same-sex parenting. They conclude, that, ‘yes’, it appears there are some demographic gaps but – and this is important – their critical research supports the conclusion that:

“There is no scientific basis for concluding that lesbian mothers or gay fathers are unfit parents on the basis of their sexual orientation. . . . On the contrary, results of research suggest that lesbian and gay parents are as likely as heterosexual parents to provide supportive and healthy environments for their children. . . . Overall, results of research suggest that the development, adjustment, and well-being of children with lesbian and gay parents do not differ markedly from that of children with heterosexual parents.“

Meezan and Rauch don’t shy away from criticizing the flaws in studies into same-sex parenting. But, they note that research techniques are improving all the time – and their paper was written seven years ago, in 2005.  Even then, they noted:

“More studies now use standardized instruments with acceptable reliability and validity. Recent studies are much more likely to match comparison groups closely and are also more likely to use statistical methods to control for differences both within and between the study groups.

We identified four studies-—all comparatively recent (dating from 1997)-—that we believe represent the state of the art, studies that are as rigorous as such research could today reasonably be expected to be. Their conclusions do not differ from those of the main body of research [Emphasis added.]

The ACL seems to accept Meezan and Rauch as credible, given that they quoted their research in their own submission. Strangely, they didn’t mention that despite accepting the imperfections in some of the existing research, they believe it is still sufficiently strong to support the mainstream consensus – that children with same-sex parents suffer no disadvantage.

Certainly, as in any area of scholarship, there is always room for improvement and it is only right that methodology in particular should come under close scrutiny – and it does.

But that scrutiny is provided through on-going peer review. And, despite this on-going process of peer-review the consensus remains the same – there is no danger or disadvantage to children from same-sex parents.

Wallace and his merry band of homophobes can argue until they’re blue in the face about ‘so-called’ research but as they have already admitted, they are ‘comprehensively losing’ the battle. And there’s a good reason for that; they’re wrong.

Wallace, on the other hand, can only drag up a couple of mangy, discredited hacks for hire  like Lerner and Nagai to support his fast failing argument.