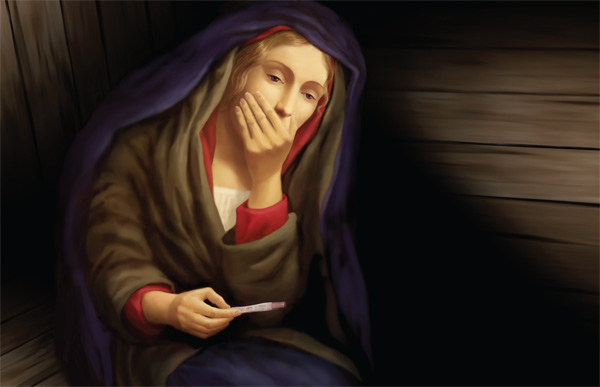 What was it that Jesus said? Oh yes, it was, “Let he who is without sin cast the first stone.”

And of course there was this:

“Do not judge, or you too will be judged. For in the same way you judge others, you will be judged, and with the measure you use, it will be measured to you.“Why do you look at the speck of sawdust in your brother’s eye and pay no attention to the plank in your own eye?”

“… judgment without mercy will be shown to anyone who has not been merciful. Mercy triumphs over judgment,” says James 2:12-13

And to those who think themselves such paragons of virtue that they can put themselves in place of God by setting themselves up as judge, jury and executioner, Paul says in Romans 2:1:

“Therefore you have no excuse, O man, every one of you who judges. For in passing judgment on another you condemn yourself, because you, the judge, practice the very same things. We know that the judgment of God rightly falls on those who practice such things.”

Not since arch-bigot Jim Wallace of the Australian Christian Lobby supported the expulsion of ‘openly gay’ children from religious schools have I been so disgusted by the blatant hypocrisy of Christians who purport to follow a religion of love, mercy and forgiveness but, instead, practice one of narrow-minded, judgmental, bloody-minded persecution.

At Caloundra [un]Christian College, a kindergarten teacher,  Jess Davidson, has been sacked because she is pregnant and not married to the father of her unborn child. Ummm, excuse me, but isn’t Christianity built upon the story of a woman who became pregnant to someone other than her husband?

Apparently Ms Davidson is subject to the school’s “Lifestyle Agreement”  which allows the school to salaciously inquire into the private lives of its employees and dismiss them if they do not meet the ‘Christian values’ expected by the school.

Now, of course, no secular employer would be able to sack a woman for being pregnant and unmarried. There would be widespread public outrage. Such discrimination is rightly considered illegal in our community and prohibited by anti-discrimination laws. But religious institutions and schools are exempt.  Why? You tell me!

Why, if our community judges something to be so outrageously wrong that there is legislation to prohibit it, do we allow a section of our society to continue the persecution simply because they are ‘religious’?

As one of the parents who is supporting Ms Davidson said, her personal life “should not be an issue as long as she is performing her duties and being a good employee”.

The fact is that, legally, the school is within its rights. But this is an anomaly in our legal system that every Australian should be protesting against.

Consider also that this school is almost certainly receiving taxpayer funds. Should schools that don’t follow the same employment regulations as every other Australian company receive government funding?  Are YOU happy to be funding this kind of blatant discrimination?

Then, of course, there is the issue of the hypocrisy of the school in relation to the supposed tenets of its faith.

“I trust the school is urgently reviewing their school uniforms. As Cotton/polyester blends are in breach of the bible teachings (Leviticus), they must be burned, and the Uniform Committee sacked if they approved such outrageous behaviour.

I also trust all sport on Saturdays will now be ceased (Exodus), and any children caught playing it expelled.

All staff are of course banned from shaving under the bible, which includes women as well as men, so it should be easy to spot their staff members in a crowd (Leviticus).

I am glad the school lets all female staff have a week or so off every month, as they would not condone women with periods mixing with anyone else (Leviticus).

And I hope the tuckshop convenor is also sacked if any of the sausage rolls that are sold had pork in them (Leviticus).”

Of course, as we know, the school will only reply that under the ‘New Covenant’, they are not subject to all the laws of the Old Testament – although that doesn’t seem to stop them referring to Leviticus when homosexuals are in their sights!

Another commenter shrewdly observed that male teachers at the CCC may well be breathing a sigh of relief that their sexual indiscretions are not so visible. I wonder how many of them will be offering to resign for having committed the same sin?

Judging by the comments on the Sunshine Coast Daily article, public opinion is firmly against the school. In a way, this kind of thing helps the cause of secularism by highlighting just how unjust, inequitable and out of touch religion is with the values of the majority of Australians. As Paul Keating may have phrased it, those who run organisations like the Australian Christian Lobby and the Caloundra Christian College are ‘unrepresentative swill’. They are an affront to Australian values and they are an affront to the central tenets of their own religion.

If religion is dying in the West, we have people like the administrators of the Caloundra Christian College to thank for it. These bigots and hypocrites do far more to kill their own religion than we atheists ever can.

If there was ever a cause which should have liberal Christians protesting against the actions of their extremist cousins, this is it. But, I doubt we’ll hear a peep from them.

But while we might revel in religion exposing, once again, its dark underbelly, we cannot forget the human cost of these religious zealots’ angry extremism.

A Facebook page has been set up to support Jess Davidson.  I’d like to ask my readers to ‘Like’ the page and spread this story amongst your own networks. Let us show Jess Davidson that her school may have rejected her, but the majority of right-thinking Australians have not.

Update – Thursday, 3 May 2012:  The “I support Miss Jess” page has been removed from Facebook. I suspect this may have been a request from Ms Davidson’s legal representatives in anticipation of a law suit against the school. I am seeking more information and will post here if I receive any.

In the meantime, if you still wish to voice your displeasure at this decision you can contact Mark Hodges the Principal of Caloundra Christian College at markh@calcc.qld.edu.au .  Please be polite in your correspondence.

If you’re local to the Sunshine Coast region, non-religious (and not into ‘new age’ woo, homophobia, racism or sexism) and you’re outraged by this story, you might like to consider joining the Sunshine Coast Atheists.  Email:  sunshinecoastatheists@gmail.com